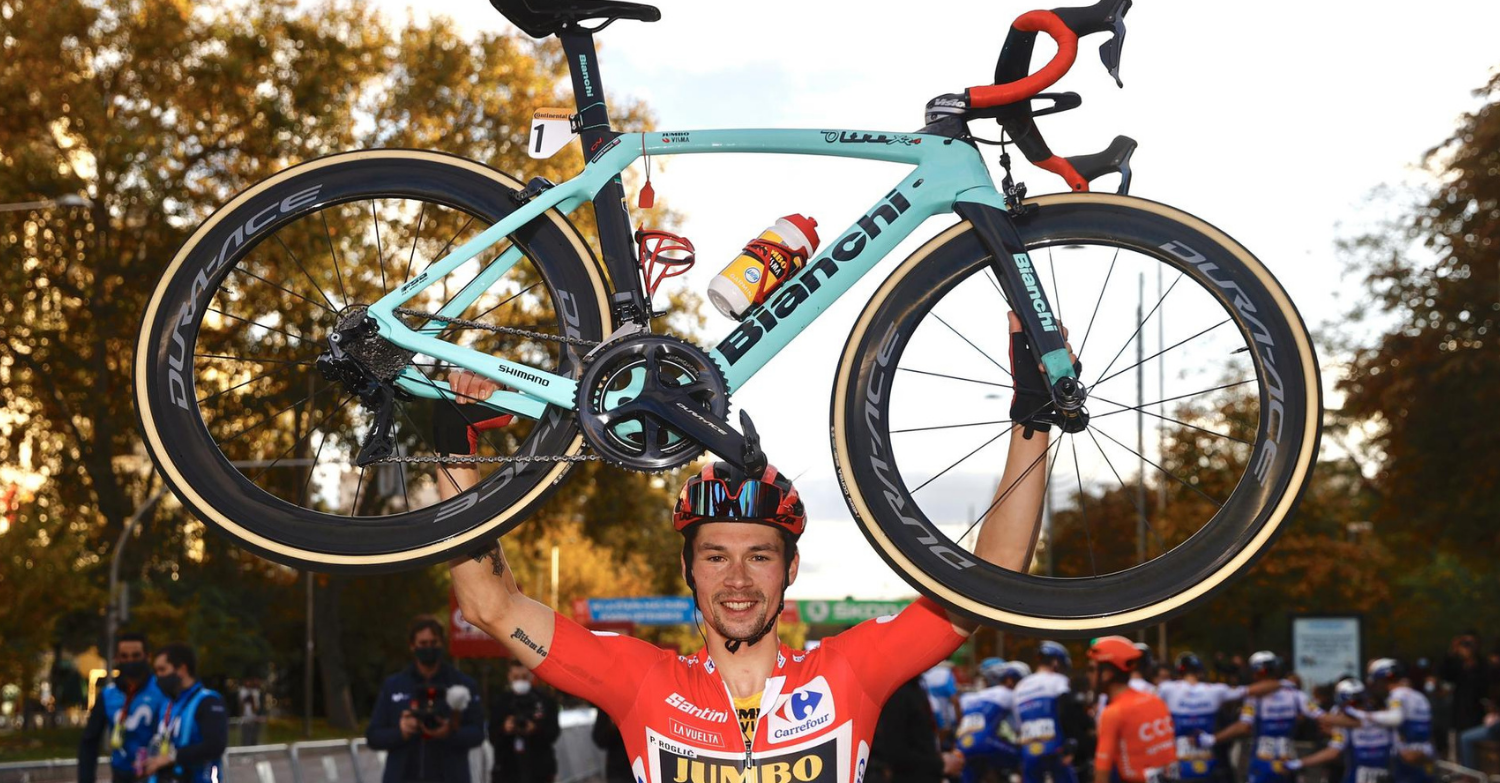 After the success in the 2019 edition, Bianchi wins its second consecutive Vuelta a España with Primoz Roglic (Team Jumbo Visma) retaining his Red jersey in Madrid, on Sunday November 8th.

After a spectacular head-to-head with Ecuadorian Richard Carapaz starting from opener until the stage 17 in the Alto de la Covatilla, Bianchi and Primoz Roglic achieved the top of La Vuelta, taking the decisive advantage in the ITT of Mirador de Ézaro with an impressive solid win. 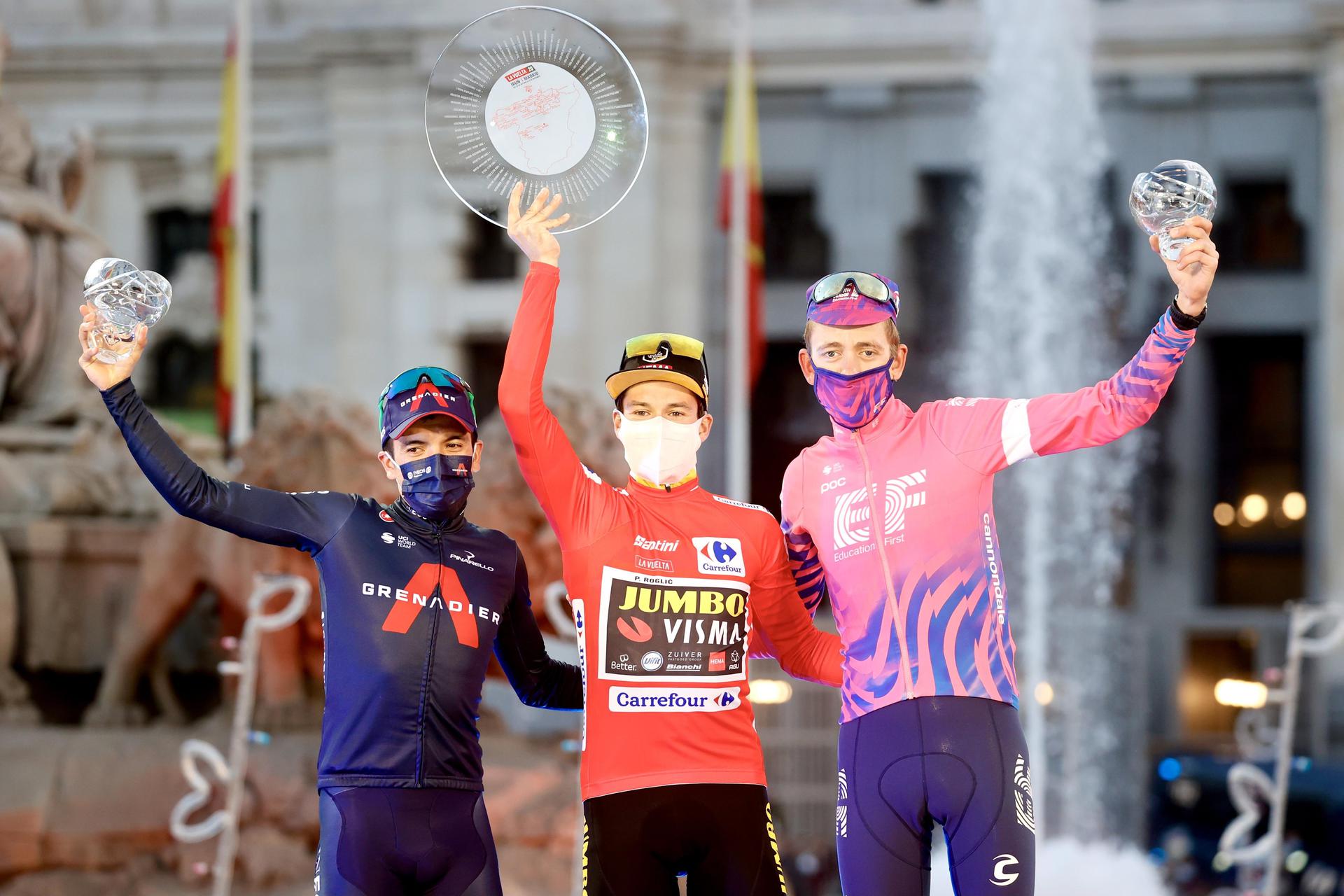 Roglic hold the lead in thirteen out of eighteen stages, winning no less than four stages and the points classification, dominating on flat and mountains aboard his Bianchi aero Oltre XR4 and TT Aquila models.

Bianchi’s race machines specifically prepared for Primoz Roglic are Bianchi Oltre XR4 and Aquila. Both bikes ridden by the Vuelta a España winner employ Bianchi CV system that cancels 80% of road vibration thanks to a unique composite material integrated into Bianchi’s high-performance carbon frames and forks. The advantages for the riders are increased control, less muscle fatigue and, ultimately, more energy. 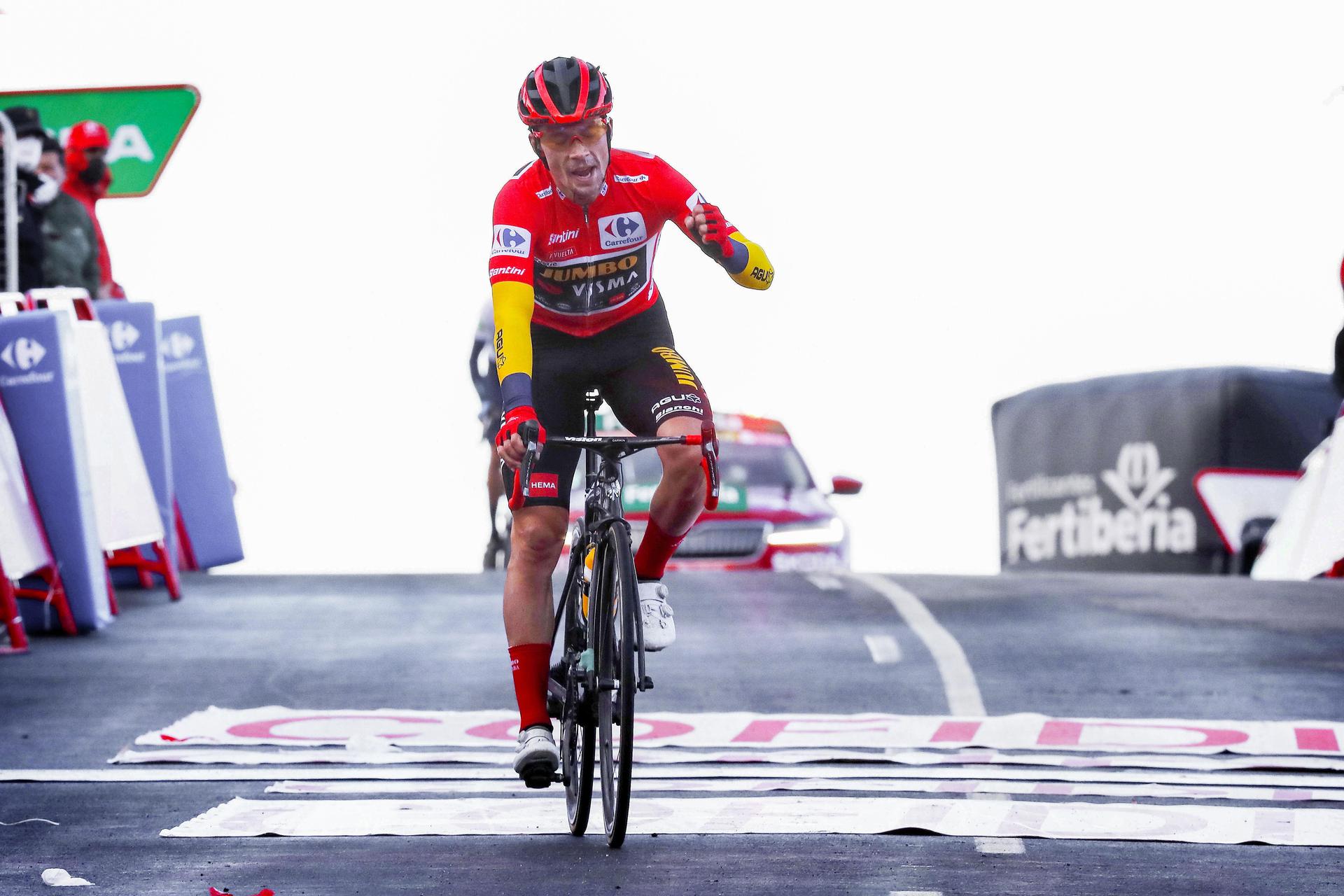 To maximize the climbing ability of Roglic and the other Team Jumbo-Visma climbers at the Vuelta a España, Bianchi developed a unique paint system that significantly reduces the molecular weight of the coating, saving up to 80 gr. and improving the power to weight ratio in the mountains.

Bianchi Impulso Pro - UNLIMITED GRAVEL. UNLIMITED FUN.
Engineered for multi-surface speed-seekers and adrenaline racers. Presenting the new Bianchi Impulso Pro gravel bike. GRAVEL GREATNESS Gravel is a new holistic cycling philosophy, which combines performance and style, adrenaline and a love for nature. The Impulso Pro’s focus is speed. This is a...
Explore
E-Impulso - SUSTAINABLE E-MOBILITY FOR ROAD, GRAVEL AND TOURER
Whether you’re riding to work, for fitness, or using the bike as a way to explore the world, the new e-Impulso models from Bianchi present sustainable e-mobility solutions for all types of riders. The new e-Impulso road, gravel and tourer models represents a trio of versatile e-bikes at home on the...
Explore
BIANCHI IS OFFICIAL BIKE SPONSOR OF THE GIRO D’ITALIA
FOR THE SECOND YEAR IN A ROW, BIANCHI IS PROUD TO BE OFFICIAL SPONSOR OF THE GIRO D’ITALIA (MAY 8-30, 2021), WITH THE SPECIALISSIMA AS OFFICIAL BIKE OF THE CORSA ROSA. Bianchi is ready to embark upon a new journey as official sponsor of the 2021 Giro d’Italia, from May 8th to 30th, 2021. From Turin...
Explore
Bianchi 2021 news pt.2 - Arcadex by Bianchi - nature amplified
The Arcadex gravel bike perfectly combines an emotional communion with nature, and the exhilarating rush of Bianchi racing DNA. It delivers distinct performance for the modern gravel rider. The sculpted carbon fibre frame is incredibly responsive, so the Arcadex is primed to perform as soon as you...
Explore
Bianchi 2021 news pt.1 - Specialissima disc & Aria in new colors
Bianchi presents new models, design and color improvements in 2021 portfolio. In first part we will introduce brand new model Specialissima and new colors for model Aria, which also includes the black on black combination The all-new Specialissima On the heels of one of the most successful World...
Explore
Looks like you have cookies disabled

PRO CYCLING, s. r. o., uses cookies to ensure the functionality of the website and, with your consent, to personalize the content of our website. By clicking on the "Accept all cookies" button, you agree to the use of cookies and the transfer of data regarding the behavior on the website for displaying targeted advertising on social networks and advertising networks on other websites.
Preference settings
Vendor settings