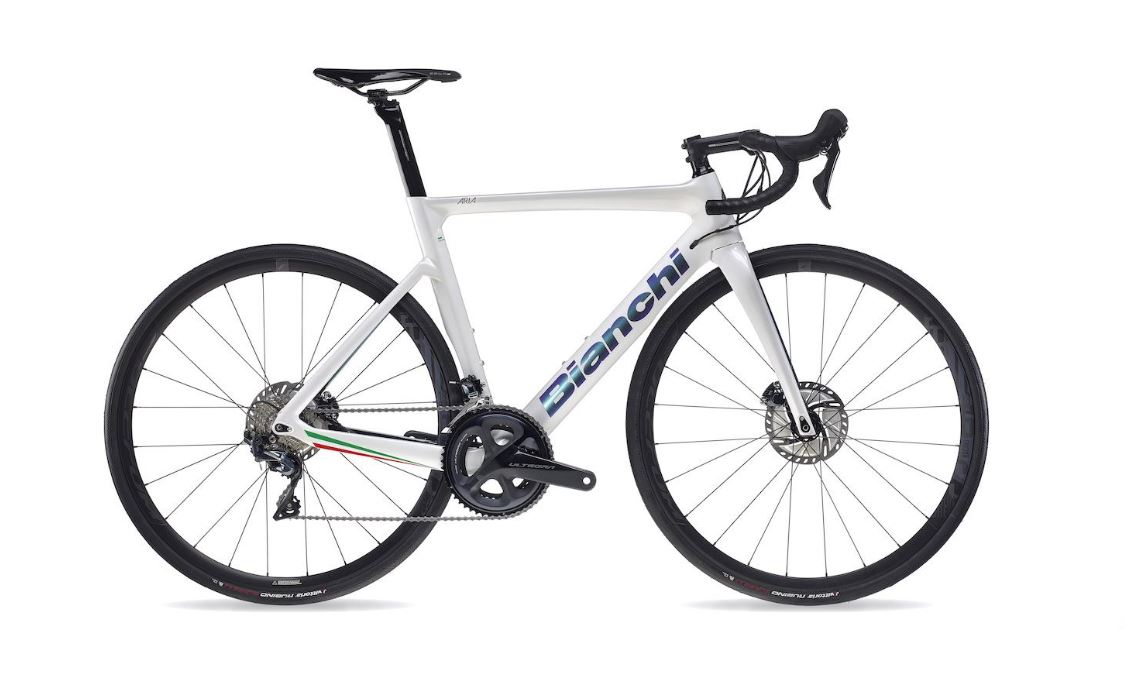 BIANCHI IS THE NEW OFFICIAL SPONSOR OF THE GIRO D’ITALIA

The three-year agreement between Bianchi and RCS Sport includes the sponsorship of the UAE Tour, Il Lombardia and – from 2021 – Strade Bianche. Bianchi is also official sponsor of the new-born Giro Virtual and Giro-E, the first multi-stage event for electric-assisted bikes, as a strategic investment in a growing discipline

The collaboration between Bianchi and RCS Sport springs from shared intents and a common vision, which aims at internationalising Italian excellence through sporting events like the Giro d’Italia. The race reaches more than 800 million people in more than 200 countries around the world.

The three-year agreement between Bianchi and RCS Sports also includes other important fixtures of the WorldTour calendar. Along with the Giro d’Italia, Bianchi is also Official Sponsor of the UAE Tour, the only WorldTour stage race held in the United Arab Emirates, Il Lombardia, ‘the race of the fallen leaves’ and one of cycling’s five Monuments, as well as the amateur sportive, the Gran Fondo Il Lombardia. In addition, from 2021 the partnership will be further enriched by a unique event in the picturesque Tuscan hills, Strade Bianche. As part of the agreement with RCS Sport, Bianchi will supply the bikes for the technical assistance service operated by Shimano.

The collaboration with Giro-E is another strategic asset for Bianchi. Bianchi is Official Partner of the event with Bianchi Lif-E, cycling’s very first electric intelligence mobility programme. Bianchi will supply the event with the Aria e-road carbon model.

Bianchi will also be official sponsor of the new-born Giro Virtual, taking place from April 18th until May 10th where professionals and amateurs will have the chance to ride the best stages of the Giro d’Italia 2020. 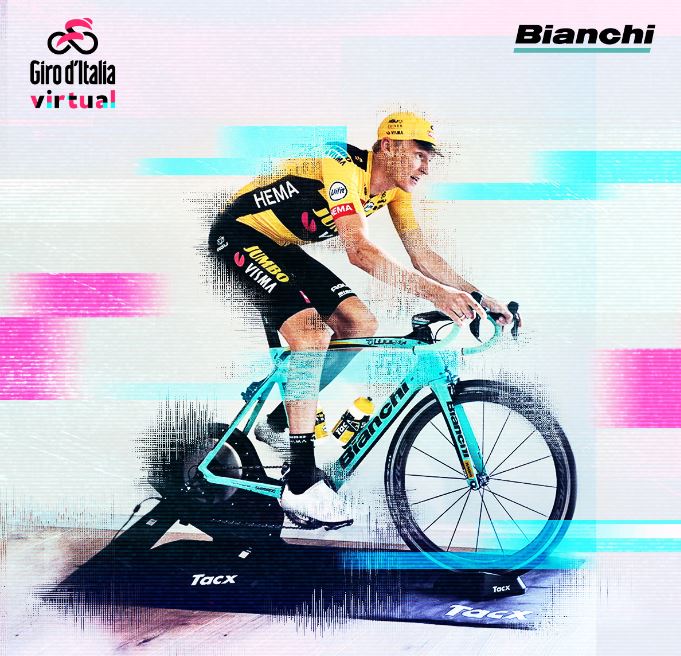 As the Giro presents all that is beautiful about Italy to the world, Bianchi is proud to release the all new Aria - Bianco Italia. It is an exclusive and limited edition of the Aria in clean ‘frost white’ with the Italian tricolore inserted on the chain stay and purple-turning-green inserts.

The new Aria - Bianco Italia edition is for those who never stop dreaming and celebrates the launch of the Giro Virtual. It is available also in bianchi.sk e-shop.

Salvatore Grimaldi (Bianchi Owner and Knight of Labour): “This partnership between Bianchi and the Giro is a dream come true. At this dramatic and important moment around the world, we felt the time was right to realise the partnership – because now more than ever, the people of Italy and those around the world need a reason to dream, a way of looking forward to the coming rebirth. It is a historic agreement between two big Italian names, both born in Milan and able to export the best of Italy through one of the most exciting and popular sports in the world, cycling”.

Fabrizio Scalzotto (Bianchi CEO): “We believe that the bicycle – used both for racing and non-competitively – will be fundamental to the resumption of normal life after Covid-19. The Giro is more than a bike race, it is a cultural phenomenon, it is a shared piece of human heritage. That’s why we have decided to announce our collaboration now, when Italy needs a reason to get back in the saddle.

Bianchi is a market-oriented company, and with this in mind we will adopt an innovative approach compared to traditional sponsorships. We are looking to develop activations and collaborative marketing projects to get even closer to our customers in Italy and all over the world, not only with our products, but also with our values of innovation and inspiration.
RCS Sport and La Gazzetta dello Sport’s events and communication platform will provide effective support in pursuing our strategy across the more than 60 countries worldwide where Bianchi is present.”

Together, RCS Sport and RCS Sports & Events - two subsidiaries of the RCS Media Group - form a sports & media company specialised in the creation and management of national and international sporting events. A leading player in the sporting events sector, the company uses its vast know-how, experience and spirit of innovation to offer partners a broad range of customisable services, capable of creating excellent visibility and branding opportunities. RCS Sport - RCS Sports & Events operates in both professional sports and amateur mass-participation events, focusing mostly on the world of cycling and running. Giro d’Italia and Milano Marathon two most important events of its calendar.

Bianchi 2021 news pt.2 - Arcadex by Bianchi - nature amplified
The Arcadex gravel bike perfectly combines an emotional communion with nature, and the exhilarating rush of Bianchi racing DNA. It delivers distinct performance for the modern gravel rider. The sculpted carbon fibre frame is incredibly responsive, so the Arcadex is primed to perform as soon as you...
Explore
Bianchi wins consecutive La Vuelta with Roglic
Primoz Roglic retained the GC crown at the Vuelta a España. Bianchi’s marginal gains approach brings Team Jumbo Visma to glory After the success in the 2019 edition, Bianchi wins its second consecutive Vuelta a España with Primoz Roglic (Team Jumbo Visma) retaining his Red jersey in Madrid, on Sunday...
Explore
Bianchi 2021 news pt.1 - Specialissima disc & Aria in new colors
Bianchi presents new models, design and color improvements in 2021 portfolio. In first part we will introduce brand new model Specialissima and new colors for model Aria, which also includes the black on black combination The all-new Specialissima On the heels of one of the most successful World...
Explore
BIANCHI BECOMES NEW BIKE SPONSOR OF GREENEDGE CYCLING
Bianchi has begun a new chapter of its legacy in the UCI WorldTour by signing a multiyear partnership deal with GreenEDGE Cycling. Starting January 2021, both the men’s and women’s GreenEDGE squads will compete on Bianchi’s high-performance models. As part of its new sports marketing strategy, Bianchi...
Explore
‹ › ×